A sleek and fast kayak loosely based on Aleut Baidarkas 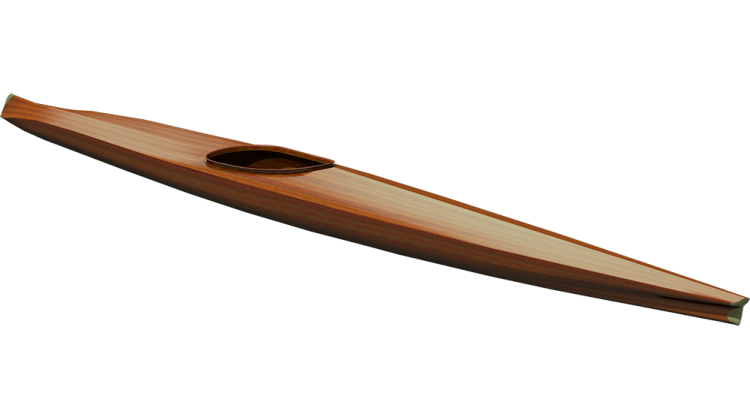 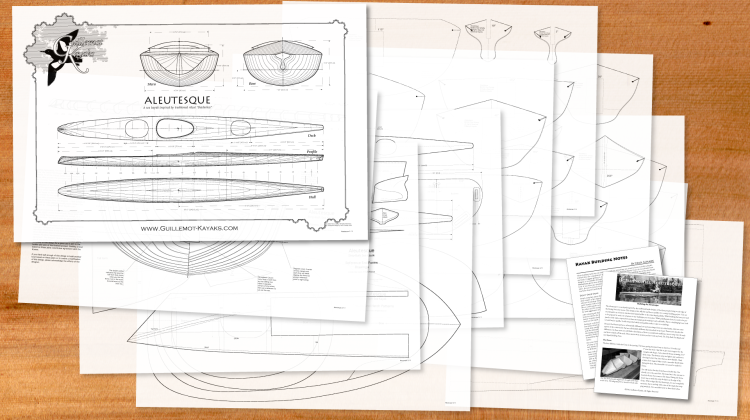 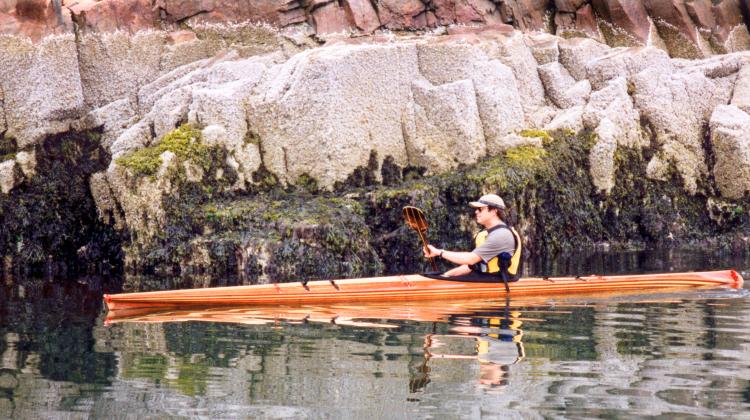 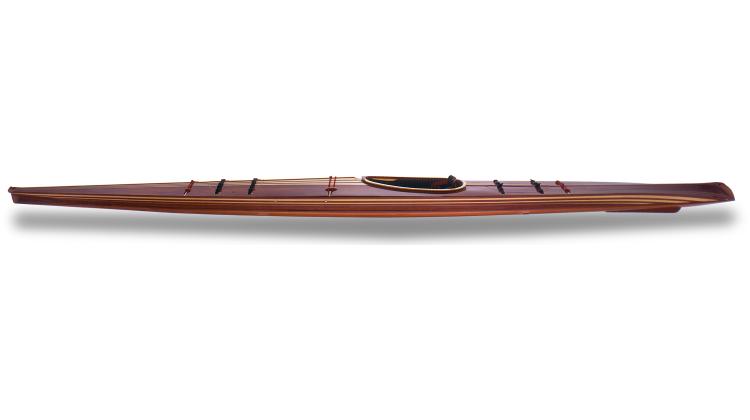 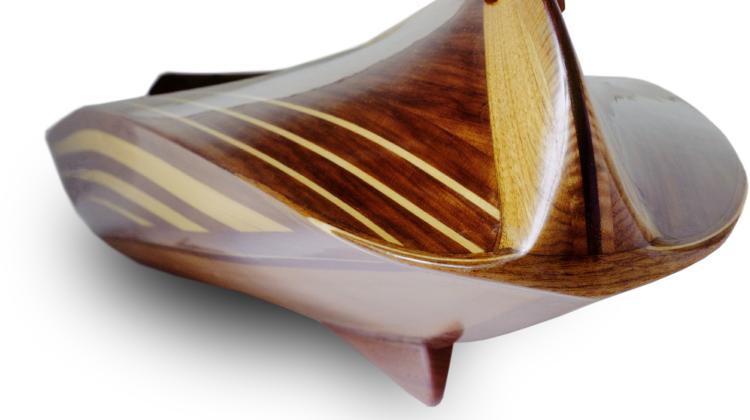 This design grew out of intense modification of the (MAE 593-76) baidarka drawn by David Zimmerly in Qajak: Kayaks of Siberia and Alaska. I have drawings of the MAE 593-76 available to anyone who wants to build a more traditional baidarka. Baidarkas are legendary for their speed and seaworthiness. However they were traditionally built using the Skin-on-Frame method. Much of the performance attributed to baidarkas may have been due to their flexible frame. In converting to the "strip-built" method the performance characteristics are inevitably going to change.

Since performance differences were inevitable, I decided it made sense to modify the traditional "iqyax" or single baidarka shape to take advantage of the possibilities of the strip building method. The result is my Aleut-like or Aleut "esque" design. Much has been written about the "bifid" or split bow of the traditional baidarka. There has been speculation that it acts like a bulbous bow as seen on supertankers, or it is a totem symbolizing a salmon jaw. The theory that was most interesting to me was that it served to create a clean entry at water level, but provided reserve buoyancy above the waterline to help ride over waves. In a skin-on-frame boat it is hard to pull the fabric into a hollow shape. The easiest way is to sew through the skin, and the best way to make this sewing water tight is to cut down the seam and sew the two sides completely together. Since strip building does not have the waterproofing issue I did not think the difficult to make open jaws were necessary. So, I merged the upper and lower jaw into one continuous piece.

Baidarkas also have a very interesting stern shape. There has been a lot of speculation about the purpose of this shape as well. One of the interesting theories was it acted like a transom which improved surfing characteristics and overall speed. However, in my opinion the shape did not really make a transom. I decided to see what would happen if the boat had a real transom, however I wanted to create something that was still reminiscent of the traditional baidarka stern.

The result is a low-volume, fast boat that will attract a lot of attention. Due to the relatively low volume of the boat, this is probably not the best boat for a lot of rough water use, but it is a fast surfing boat that responds easily to steering strokes. With a small permanent external skeg it is well balanced in cross winds where its narrow width lets it ride over side waves with good control. The fit in this boat is tight, the low deck (less than 11" at the front of the cockpit) does not leave a lot of room for feet, but my size 10 feet have enough space. The boat rolls very nicely with the low back deck making lay-back style rolls comfortable.

This boat is not for novices. It is a tricky boat to build, and it takes practice to get the most out of it on the water. It's narrow waterline width makes it quite twitchy especially during entry and exit. Once seated the stability increases substantially. There are several difficult sections in the building of the kayak. I do not recommend this as a first kayak project unless you are confident in your woodworking skills. While the boat is not easy to build or paddle, the effort will be rewarded with a beautiful kayak that comes alive on the water. 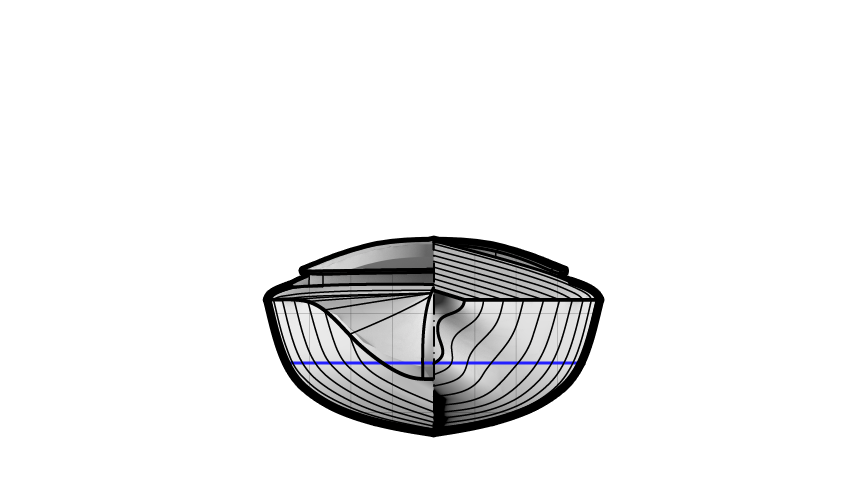